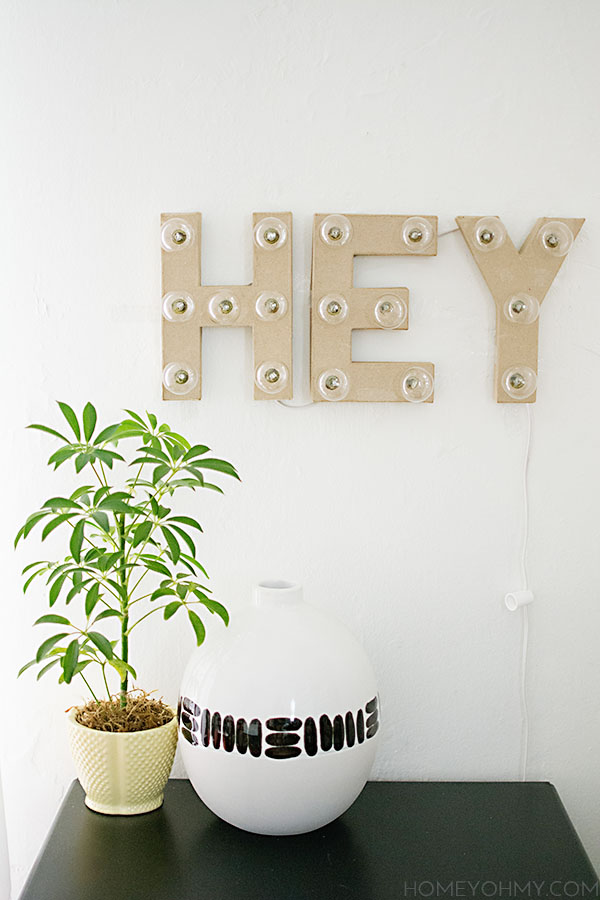 Yo!  I’ve been itching to make a marquee sign for a long time now, and this summer season is finally kicking me in the butt to do it since it makes a great summer decor piece.   Now… there are a million and one marquee projects out there, and this one isn’t anything new, but I still had to do it, especially with how simple I knew it was going to be.  I imagined it going above a bar cart, which I still don’t have (boo!), but for now I like it just hanging on the wall, and for potentially using it as party decor.  Hey now! 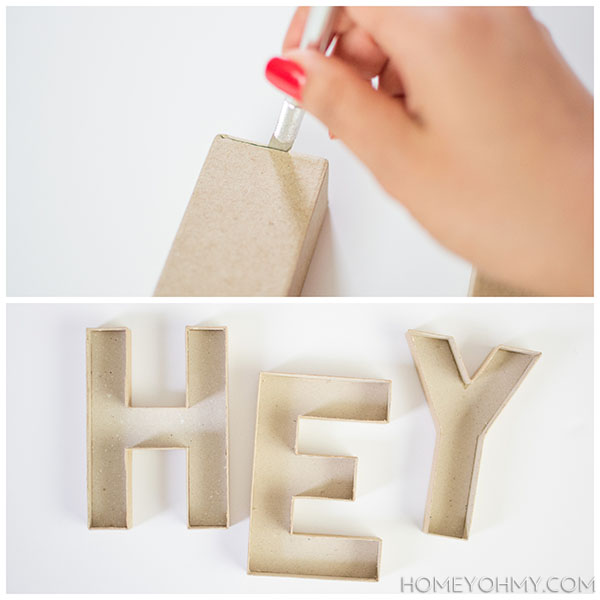 I started by cutting out one side of each of the cardboard letters with an X-Acto knife.  This was pretty easy to do and was a fairly neat process. 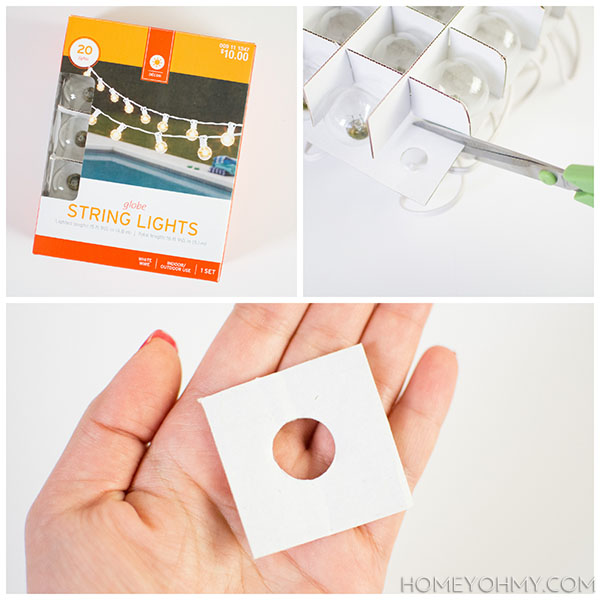 In the string lights packaging, the light bulbs were sitting in a cardboard tray, and I figured the holes in them would make the perfect tool to trace perfectly sized openings onto the cardboard letters.  So, I cut one of them out to use as a tracing guide. 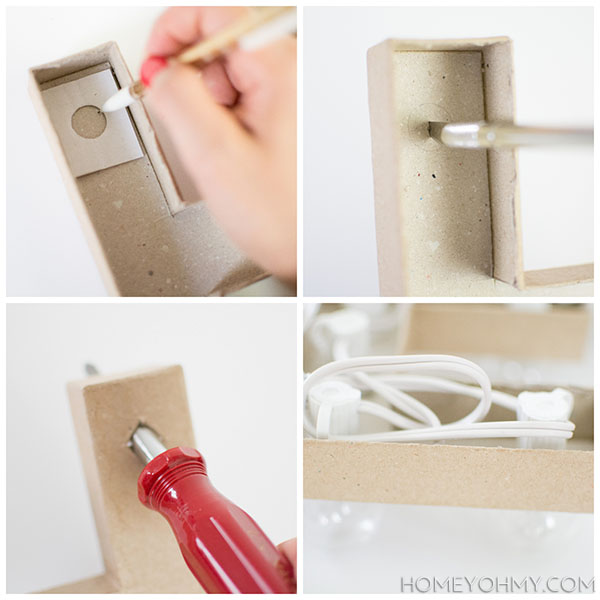 I traced circles on the inside of the cardboard letters where I wanted the lightbulbs to go. Then, I used an X-Acto knife to cut a cross in the center of each circle, making sure the cuts went all the way to the edges of each circle.  Flipping over the cardboard letters to the front side, I used a screwdriver to poke through and enlarge each hole.  Finally, I inserted the lightbulbs in each hole and screwed on the backings, shoving the wires in place within the cardboard edges. 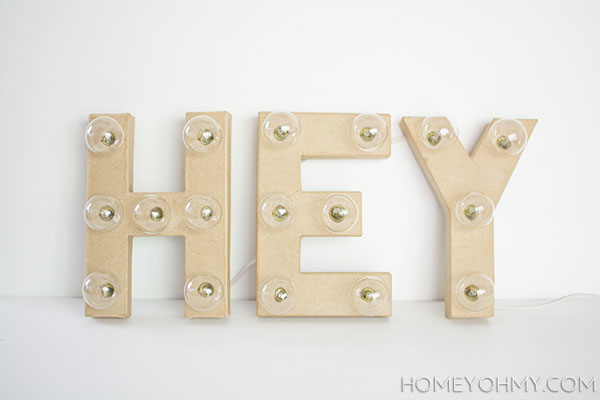 I thought about painting them, but decided I liked the way the cardboard looked original and bare.  What do you think? 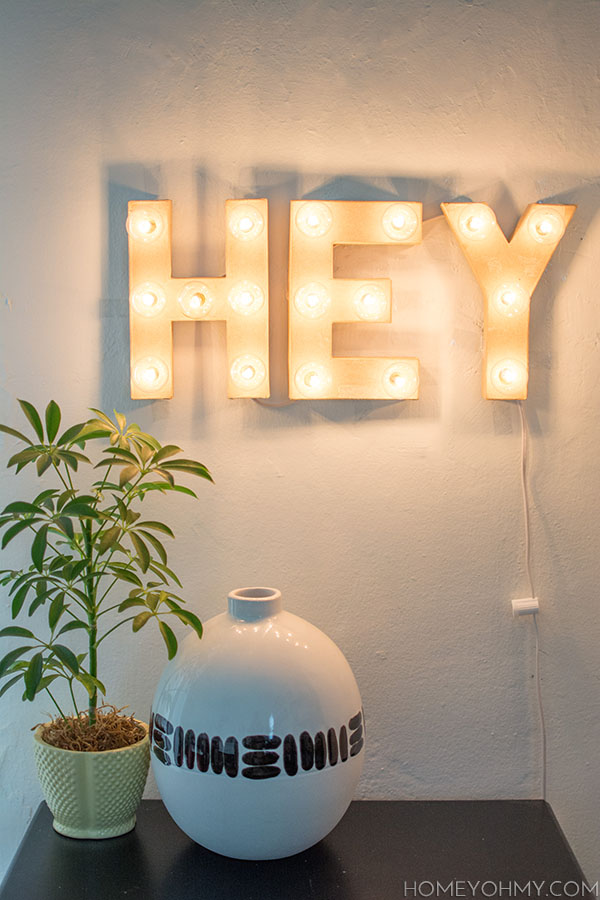 I did think about just doing one letter, or the widely beloved ampersand, but neither of those excited me more than this one.  I don’t exactly remember how I thought of using this word, but it is one I use often, and I liked the playfulness of it.  Seriously, it would work so well above a bar cart, right?  In that case, I’d also add a “girl” marquee beneath it ;).  That’s something I say a lot, too!  And not just a Ryan Gosling tribute.