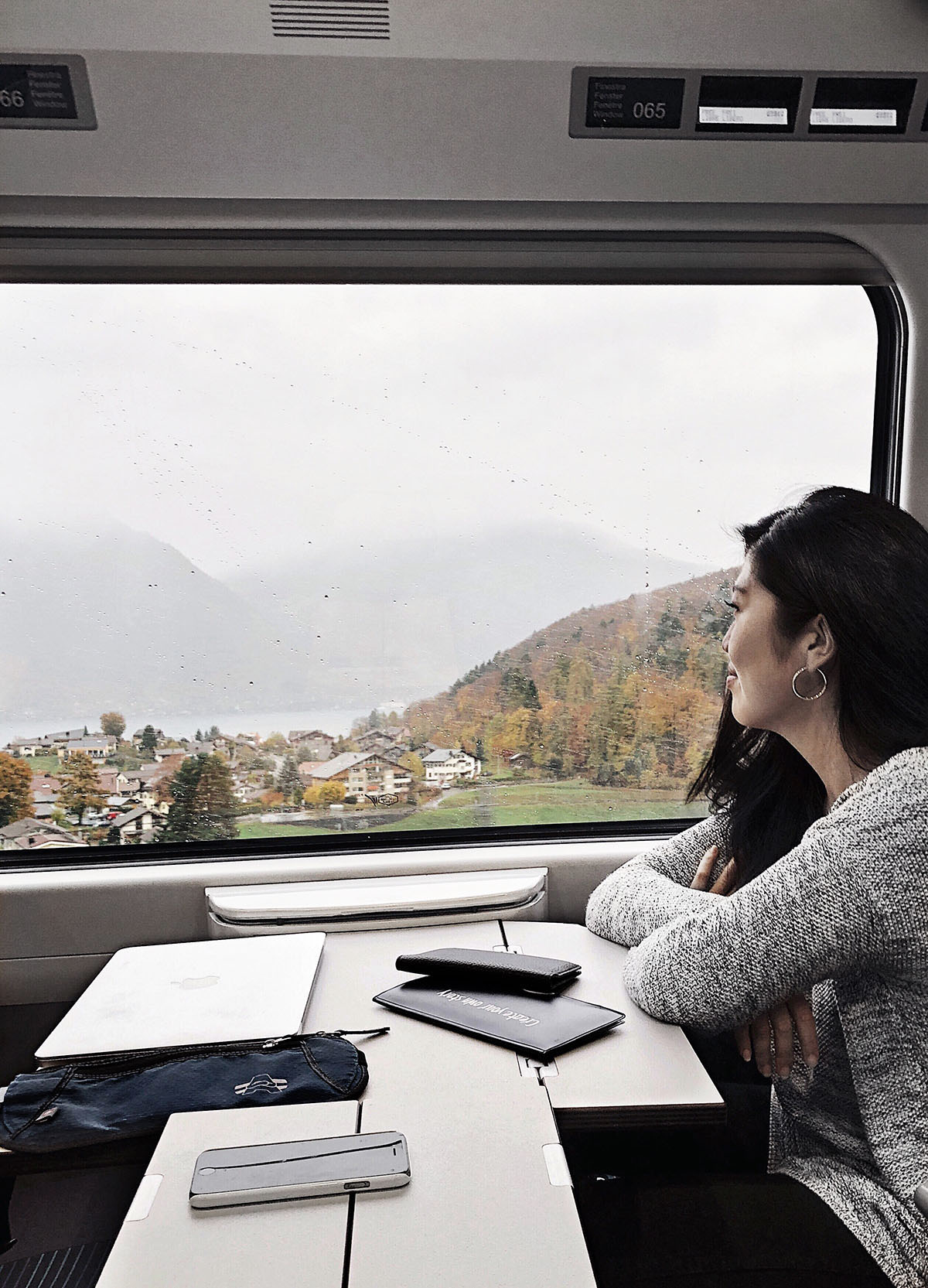 I’ve never seriously considered traveling by train.  Life in LA has practically made good public transit a foreign concept to me and the thought of using it gives me anxiety simply because I don’t know much about it.  I have however, heard from friends singing praises about taking the train to visit multiple cities in Europe, to make the most of those plane tickets and cross off several bucket list destinations in one airfare.  Sounds very enticing, but I’d stop there thinking that taking the train is probably confusing and not worth the hassle.

Had it not been for Eurail partnering with me to explore Europe by train, I wouldn’t have found that it’s not only simple and convenient, but very beautiful to take in the scenery along the way and I’m convinced it’s the best way to discover Europe and cover the most ground while you’re there.  Here’s how I used the Eurail Pass to visit Rome, Milan, Bern, and Paris, plus the itinerary I followed to inspire your own European travels.

Eurail Passes are train tickets you can use to go to a certain amount of countries during a specified time frame.  There are different types of passes depending on these factors.  I had a Select Pass that allowed me to visit three countries: Italy, Switzerland, and France, and I did it in only 6 days!  With the pass is a Travel Calendar and Travel Diary that must be filled out to keep track of travel days (days you ride the train), and as long as you stick within using the allotted travel days within the time period, you can plan and go on an adventure like this one.

We flew into FCO airport and after taking the train to Roma Termini, a transit stop near the city center to drop off our stuff at a nearby hotel, we spent about a day on foot squeezing in as many of Rome’s attractions as we could.  The architecture here is breathtaking and even though we ran into a lot of rain, we were able to visit most of the spots we wanted to see.

From Rome, we used our Eurail Passes to ride the train from Roma Termini to Milano Centrale Railway Station.  A great thing about traveling by train is that it can drop you off at stations near city centers, which makes the rest of getting around the city that much easier.  We did all of our sightseeing by foot, bus, or rideshare.

Milan was my favorite city in this adventure.  I sensed it the moment I got there that everything is beautiful, stylish, and the city is alive.  I also learned the way of having an aperitif (alcoholic drink served before a meal to stimulate appetite), a common one being Spritz which would become a regular drink order of mine for the rest of the trip.  The food was amazing, the people were friendly, and once again the architecture was remarkable.

Next on our Eurail adventure was Bern and we arrived at Bern Train Station.  This train ride was the most beautiful.  I had kept my laptop on me with plans to work while I was on the train, but that didn’t happen because everything outside of the window was grabbing my attention.  Looking out the window on the train and seeing all that was in between our destinations ended being a big and wonderful part of this trip. 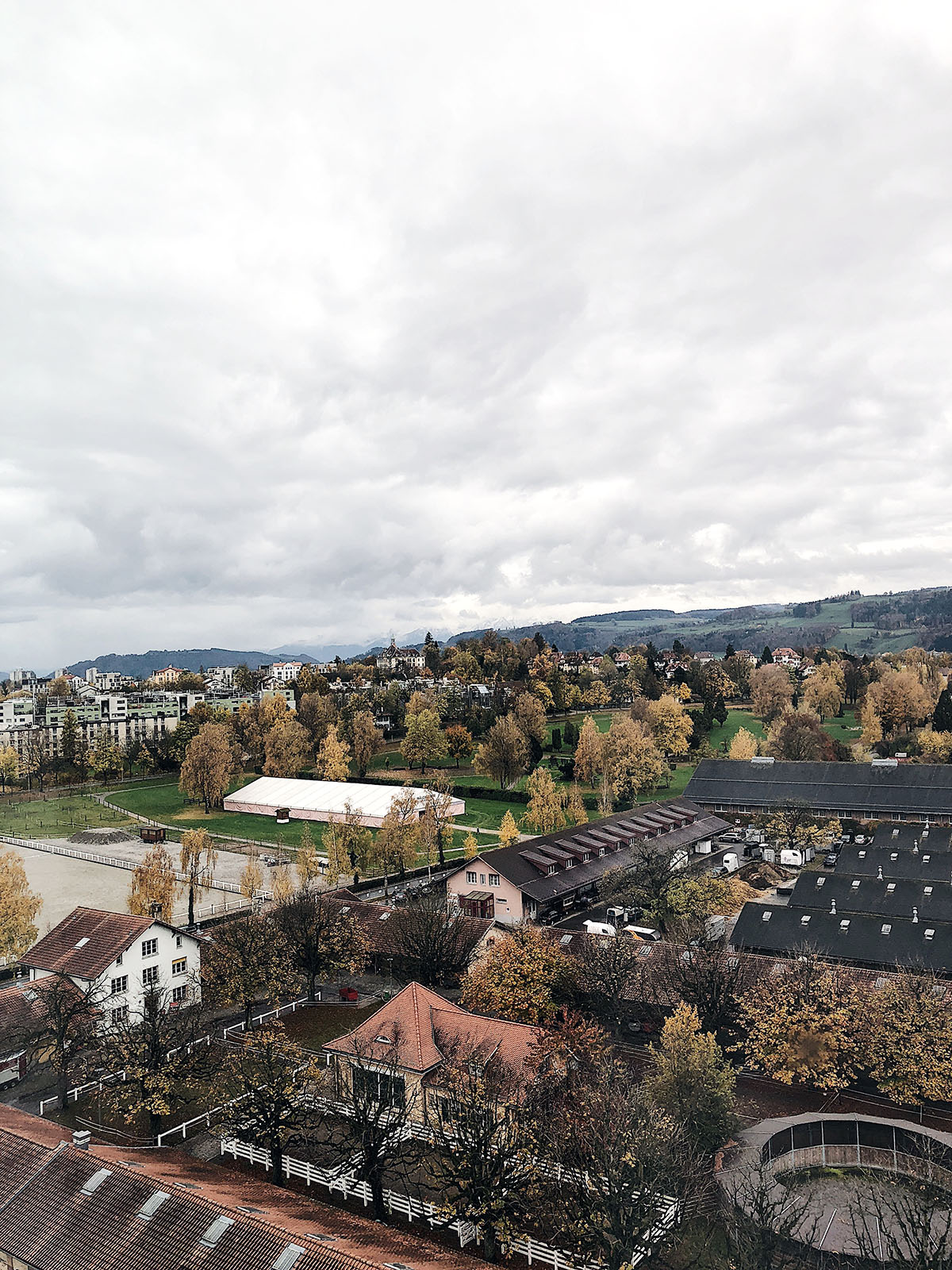 Even though I’ve only been here once, I’m pretty sure fall is the best time to visit Switzerland.  The colors here made everything feel like a painting and it was undoubtedly one of the most beautiful places I’ve ever visited.  Bern is quiet, immaculate, and the public transit is flawless.  If you have hotel reservations, you get to ride public transport for free, though we were mostly able to get around by foot since the city is small and very walkable.

From Bern Train Station, we made our final stop with our Eurail Passes at Paris Gare de Lyon.

Paris left me wanting more out of all the cities we visited.  In the short amount of time we had here, I kept saying there was an energy about the city that I didn’t know how to describe though I felt it, and all the charm was very apparent just from walking the streets.  It’s undeniably beautiful here and I will definitely make another trip back here because so much was left unseen, but we did get a few major things checked off the list.

Visiting four different cities in three different European countries in just six days was an unforgettably exciting way too see it all in one go.   Especially when thinking of travel in terms of how many of us have limited time and have so much we want to see, I don’t see how anything can be better or more convenient for that than traveling by train.  It wasn’t nearly as intimidating as I thought it would be and there was always someone around to help if I ever got confused.  Ultimately though, I feel like I’m a pro at this and can whiz through Europe by train now, ha!

If you’re visiting Europe and want to see more of it, see if Eurail has the right train pass for you to help make your plans possible.   Note: Passes must be ordered at least a week before travel since they’re physical passes that need to be mailed to you.

If you have any questions for me or want to share about your own European travels (and of course, recommendations to add on to future itineraries), leave them in the comments below!

18 comments on “Traveling Europe by Train”