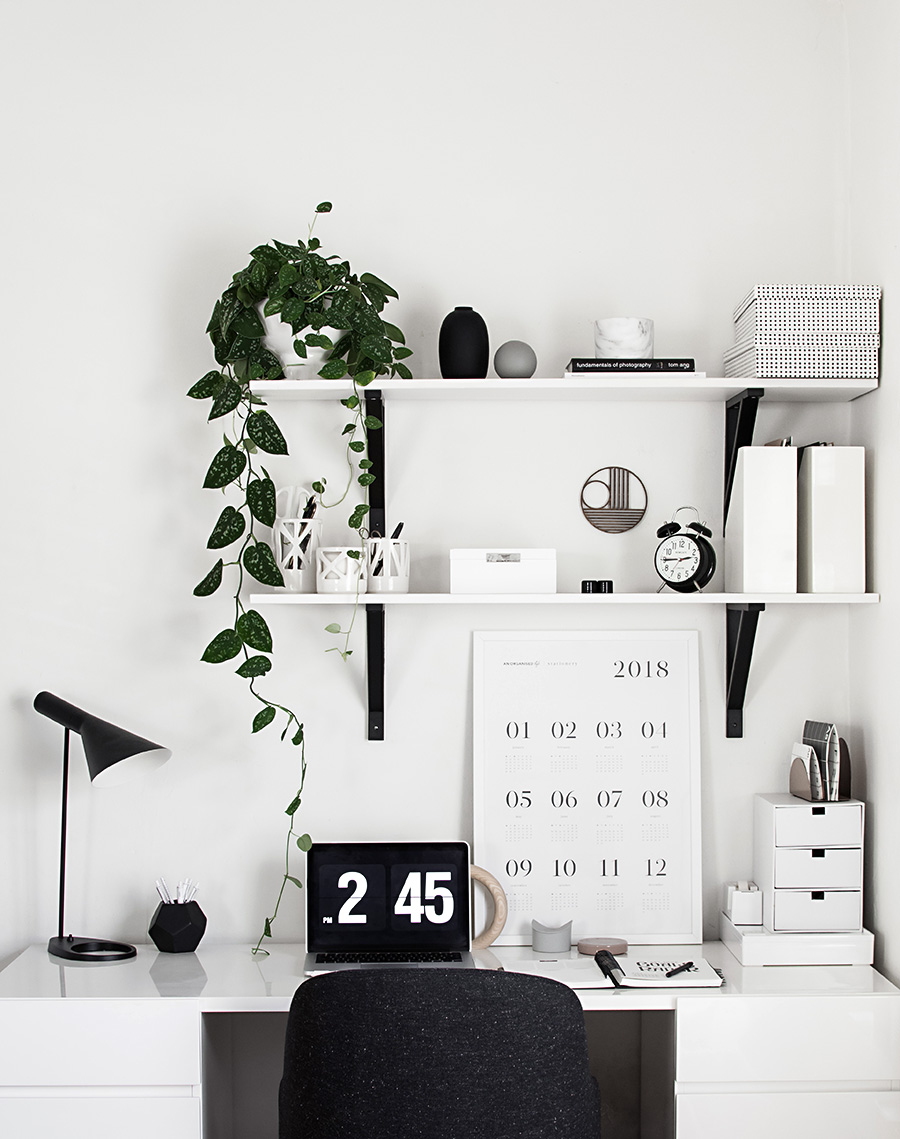 Some of my favorite things from the month of January!

CALENDAR
I had this calendar last year and got the 2018 version this year because it has become a useful and beautiful part of my desk that I can no longer be without.  I also get asked about it a lot every time it makes an appearance so here you go!  It’s from An Organised Life and everything else in the stationary collection is just as beautiful.  I’m a fan. 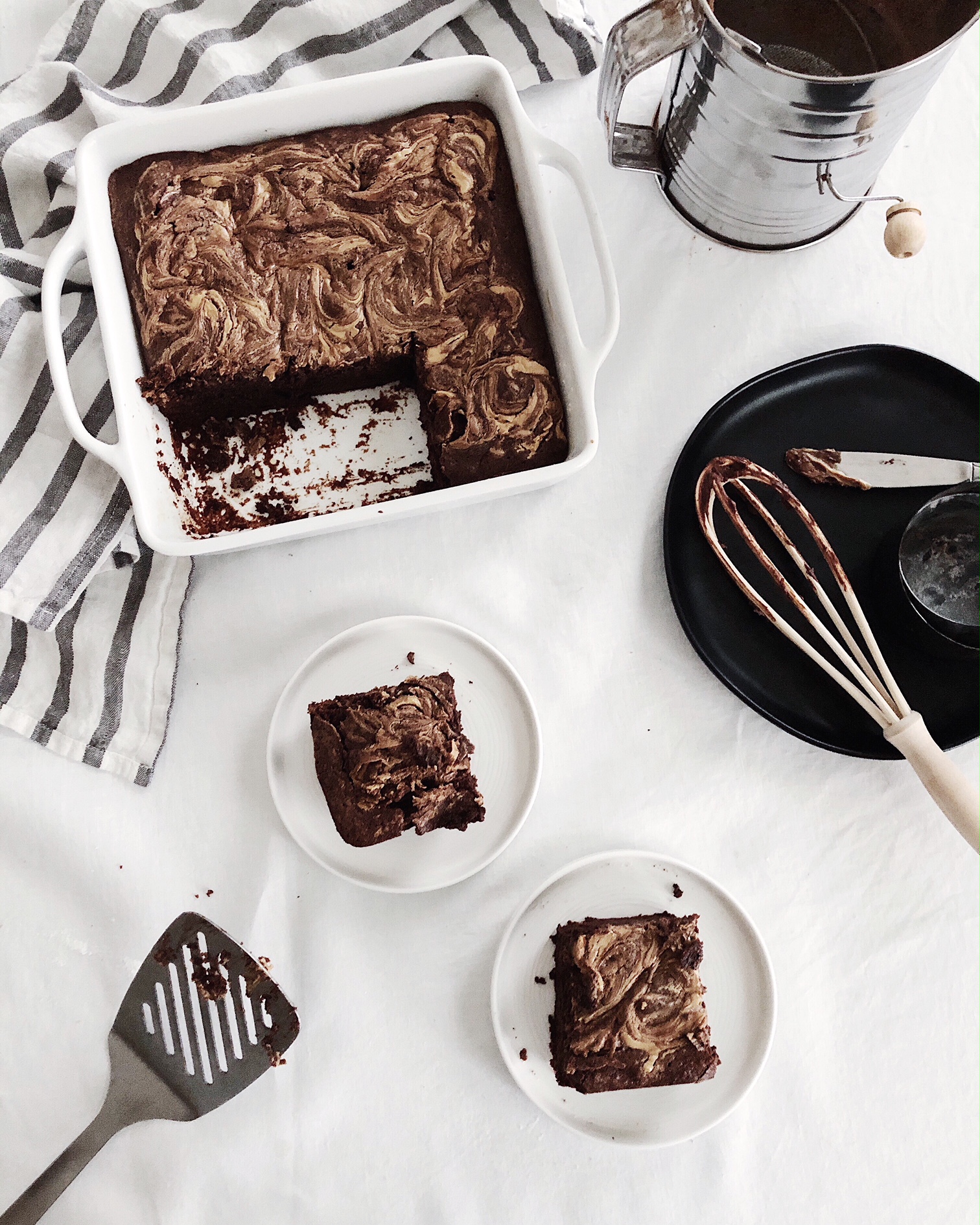 BAKING DISH
This was more so in December with all the holiday baking, but I got this pretty and simple square baking dish because we had nothing like it and it has come in very handy in the kitchen.  The perfect size for brownies (recipe for these peanut butter chocolate brownies) or general baking needs when cooking for two or not that many people. 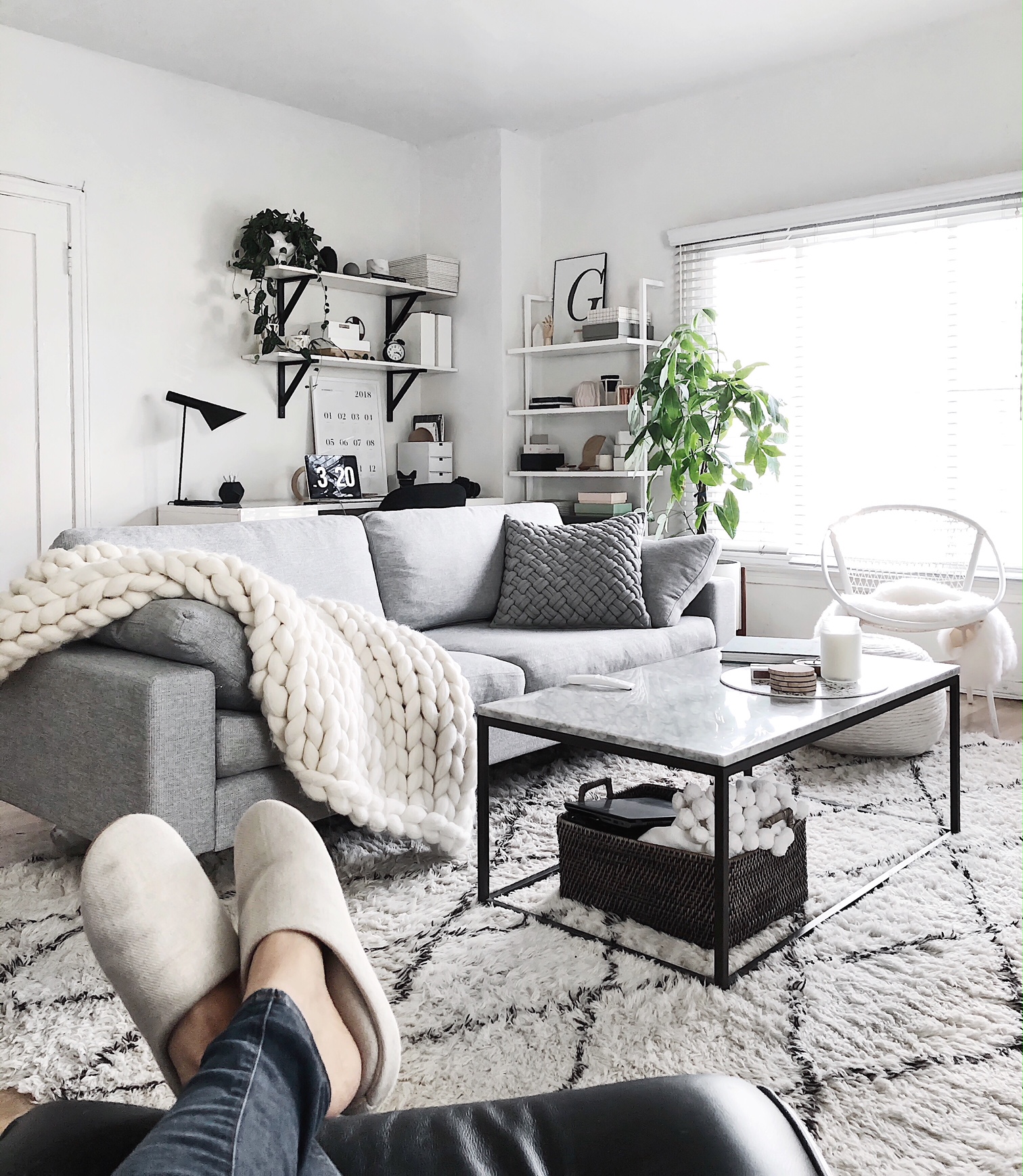 LINEN SLIPPERS
What I’m constantly wearing at home.  Really comfortable and love the breathable linen material- keeps the feet warm but not sweaty.  O has also made it a really big deal to not cook barefoot in the kitchen and I see his point.  We’d all rather have boiling liquids or knives accidentally drop on slippers than our bare feet, agreed, although I’m thinking of getting harder footwear for that.  Luckily these haven’t gotten too dirty but once they get worn out I’m getting the same exact ones so long as they keep making them.  They’re perfect. 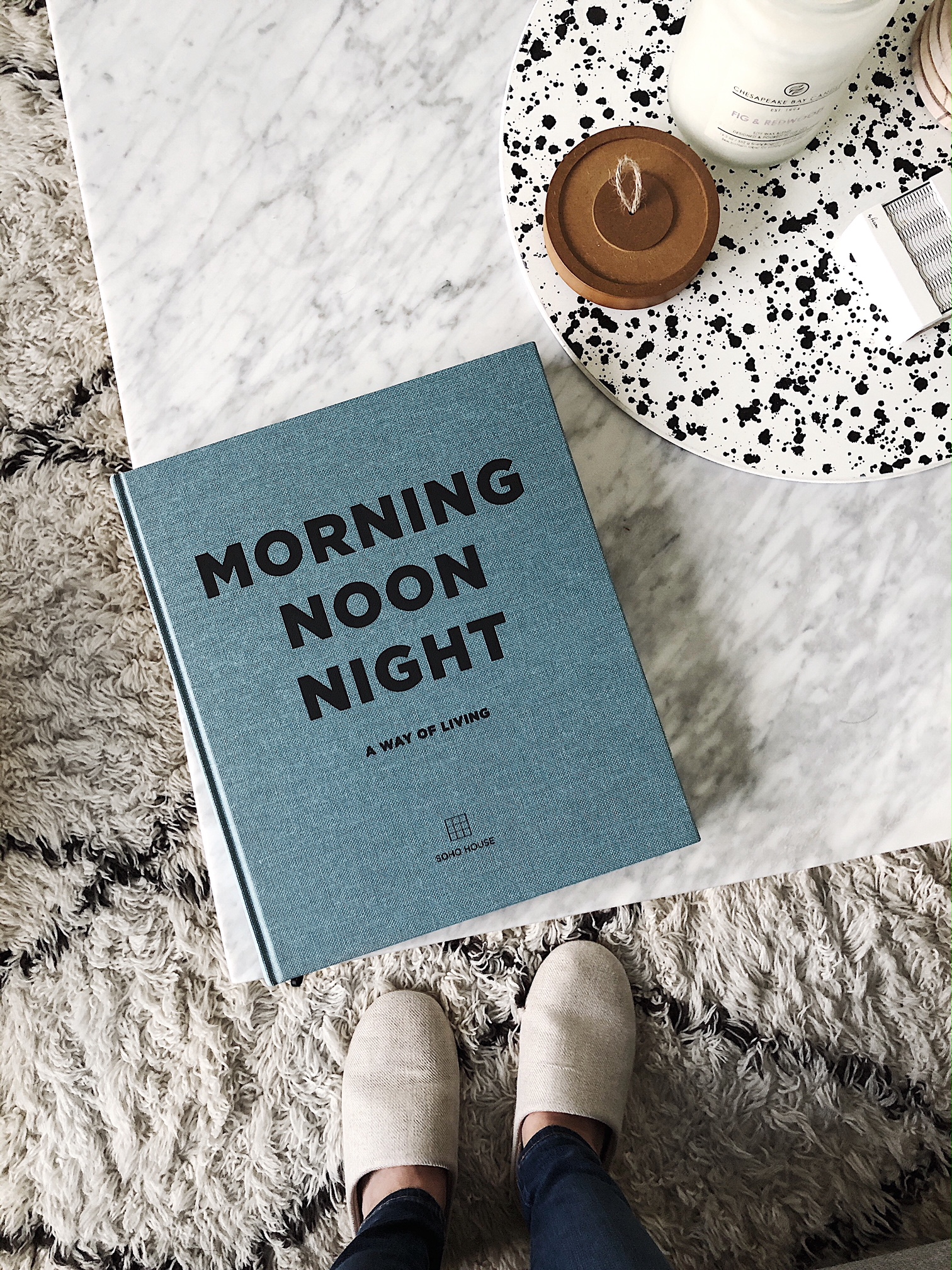 COFFEE TABLE BOOK- MORNING NOON NIGHT
First, this book is gorgeous, both inside and out.  That cloth-bound exterior and blue color, yas.  It’s the second book from Soho House (first one was Eat Drink Nap) filled with simple recipes, interior design, architecture, and lots of pretty photos from the various Soho House locations.  It’s visually very inspiring and flipping through the book feels like an escape while still feeling at home.  I really enjoy sitting with it here and there. 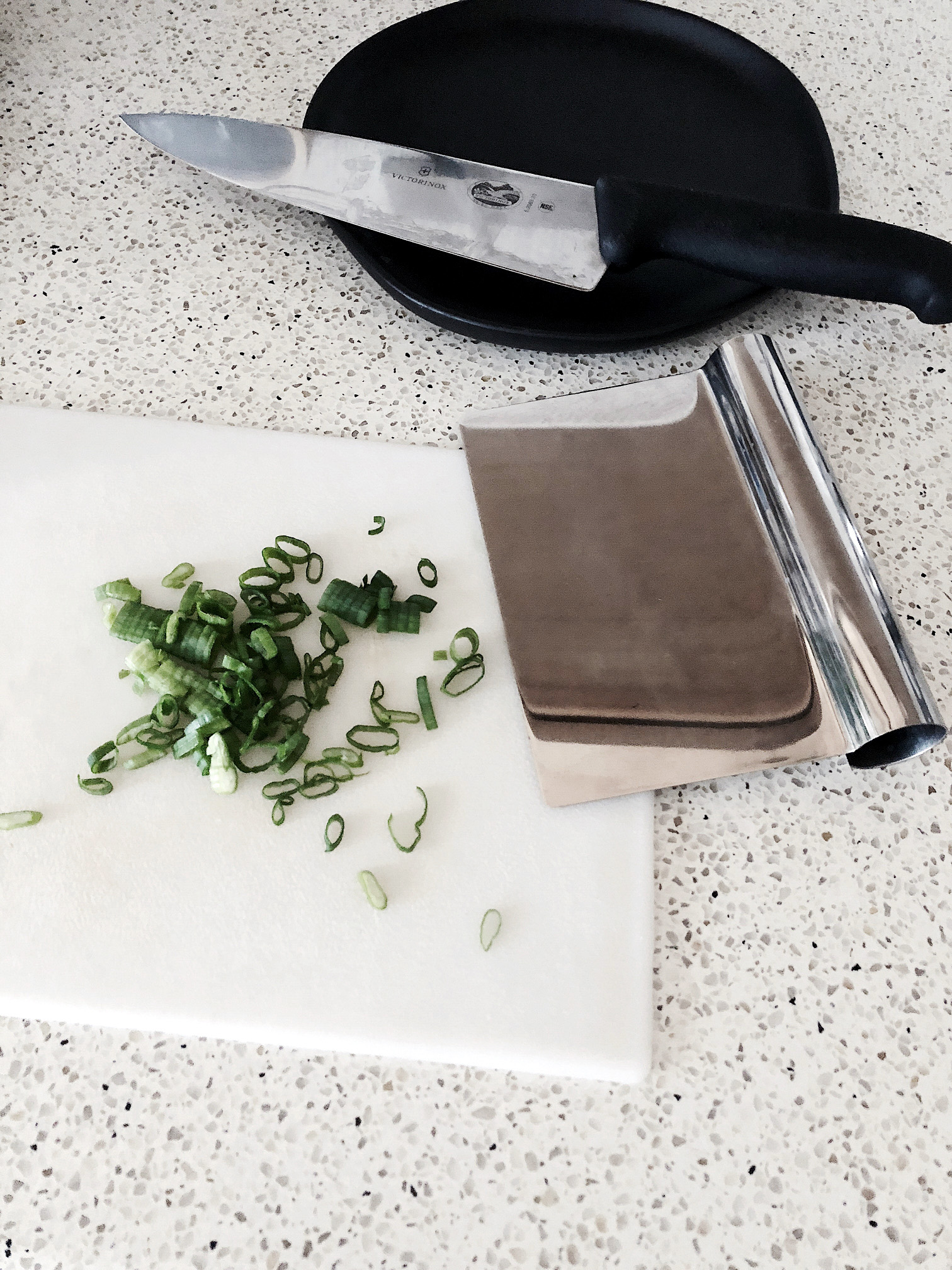 FOOD SCRAPER
I was at a friend’s house for dinner and saw one of these on her counter, asking if she liked it and she said you cannot cook without it, period.  I told her I just use my knife blades for this purpose and she scolded me saying that I’m ruining my knives that way, so I went and ordered a food scraper that night on Amazon.  It’s pretty darn useful!  Scraping up cuttings from the board with this scraper is second nature now. 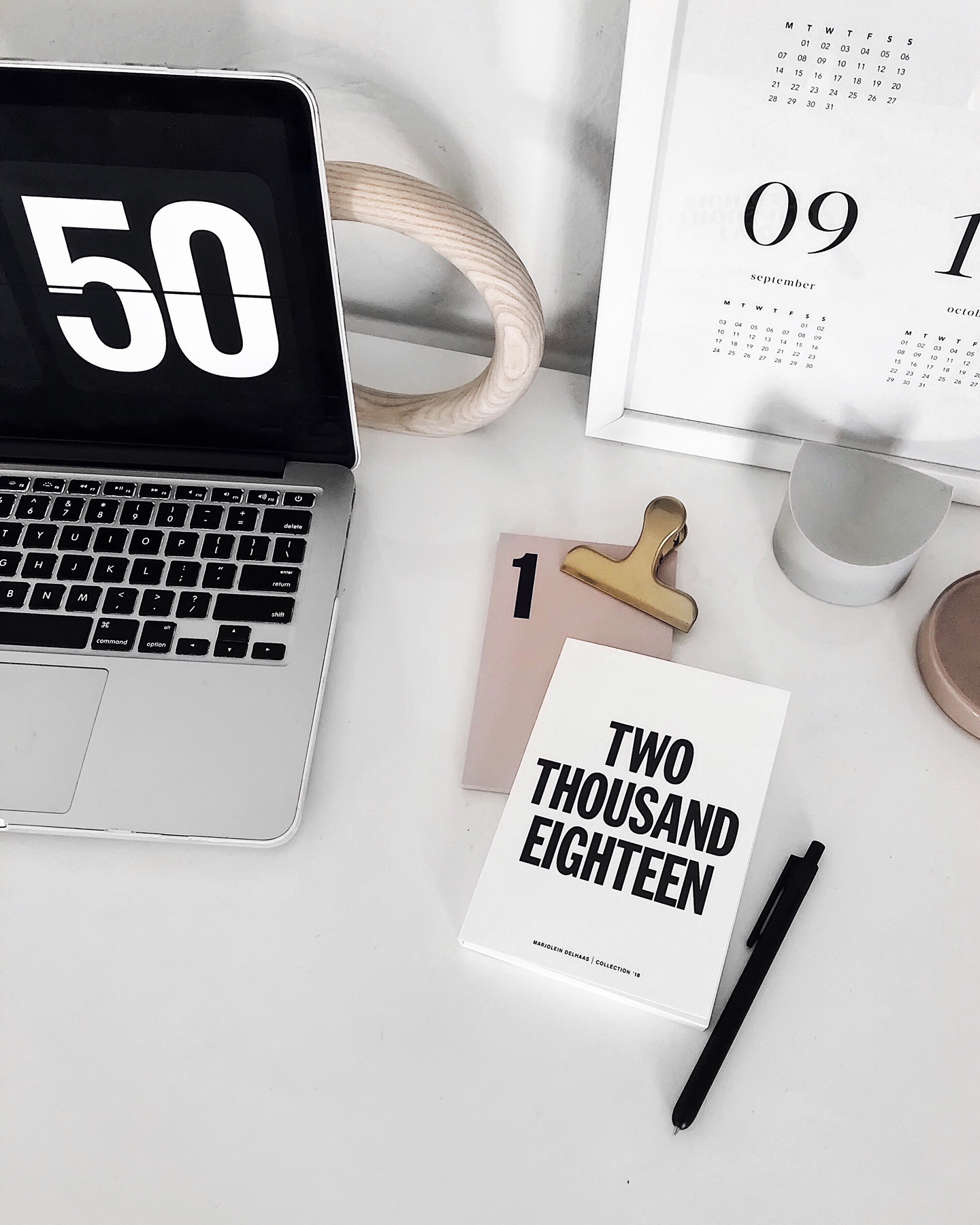 PLANNER
I’m still a big fan of paper and the old-fashioned way of staying organized and writing to-do’s by hand.  I get this planner every year because I adore the design and everything Marjolein Delhaas creates.  I still use the Get to Work Book but am going to try keeping work/business to that and use this as a separate planner for my personal agenda  I’ve always assumed that separation wouldn’t work for me, but now I’m going to give it a try because why not.  I’d like to see if it ends up working out better for me.

THE BEST ALMOND MILK EVER
I didn’t want to like this almond milk out of protest for how expensive it is, but a friend raved about it and it’s true- it’s the best.  I use it mostly for green smoothies, but over the holidays we had a chocolate craving and made hot chocolate with it and I still think about it.  It’s creamy and full and just tastes better than all the other almond milk I’ve tried.  I’ve mostly seen it sold at Target but Whole Foods has it too!

QUOTE
I’d hear discussions about toxic relationships and toxic people and think hmm don’t think I’ve ever known one of those, then last year I was like oh… this one friendship I’m twisted up over is a toxic relationship.

I spent a lot of energy trying to make the friendship work, which ultimately meant changing myself and holding back, which meant I was unhappy, and I knew the best thing was to walk away from it even though it took me a while to do so.  I came across this quote and it couldn’t describe more perfectly what that was like:

“Not all toxic people are cruel and uncaring.  Some of them love us dearly.  Many of them have good intentions.  Most are toxic to our being simply because their needs and way of existing in the world force us to compromise ourselves and our happiness.  They aren’t inherently bad people, but they aren’t the right people for us.  And as hard as it is, we have to let them go.  Life is hard enough without being around people who bring you down, and as much as you care, you can’t destroy yourself for the sake of someone else.  You have to make your wellbeing a priority.  Whether that means breaking up with someone you care about, loving a family member from a distance, letting go of a friend, or removing yourself from a situation that feels painful – you have every right to leave and create a safer space for yourself.” — Daniell Koepke