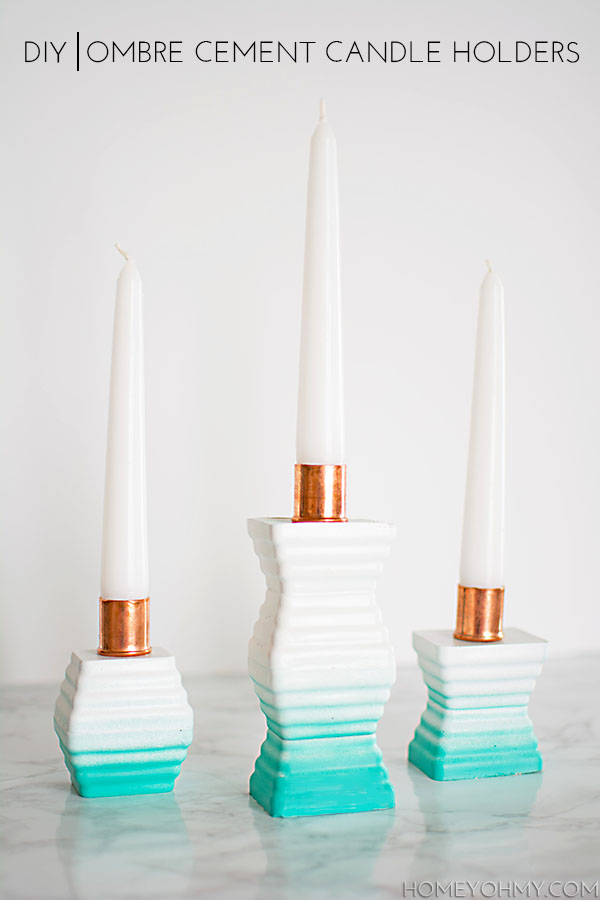 This project actually started off somewhere completely different and ended up here at this unforeseen creation over a period of weeks.  I really surprised myself with this one because I had dismissed it early on as a fail.  I’ll explain shortly. 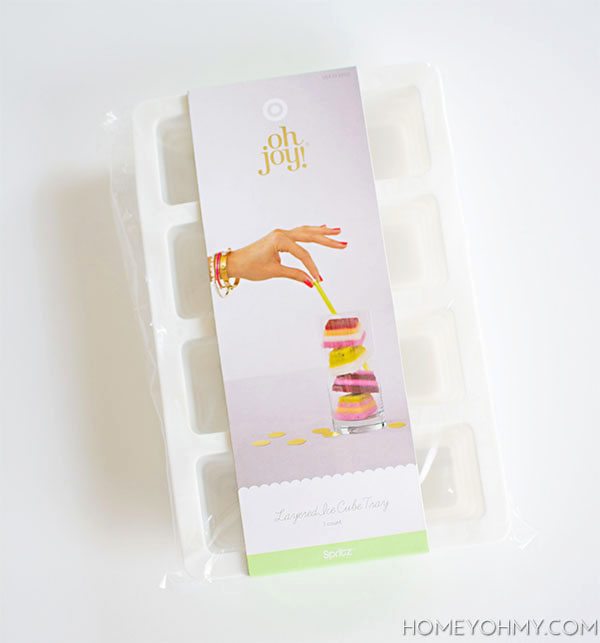 This layered ice tray from the Oh Joy! Spring line is the star of today’s show.  I know, I’m in the wrong season of Oh Joy! gear, but I missed my chance at getting it the first time around and gave up after seeing a couple product displays sucked dry.  It was much later that I accidentally found it in a random section at Target.  Clearly it was a sign that I needed to get it.

Well, I tried making layered ice cubes into mini popsicles for a 4th of July project and it failed, at my own fault, and I set the tray aside and forgot about it.  Later, while I was working with cement on another project (still to come!) I thought hey, I should fill this tray with cement! 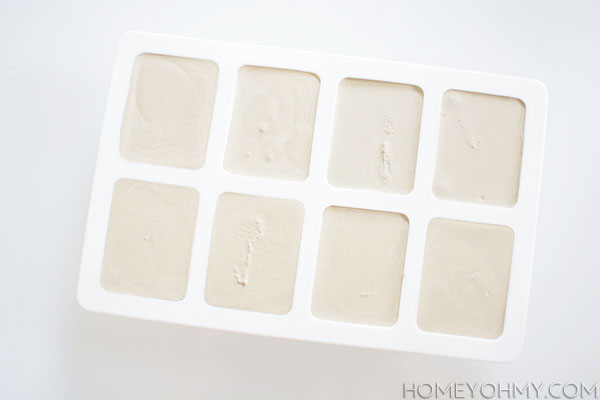 I mixed Cement All with a tad bit more water than recommended in the package instructions to make it thinner, so that it would fill the tray up more evenly. 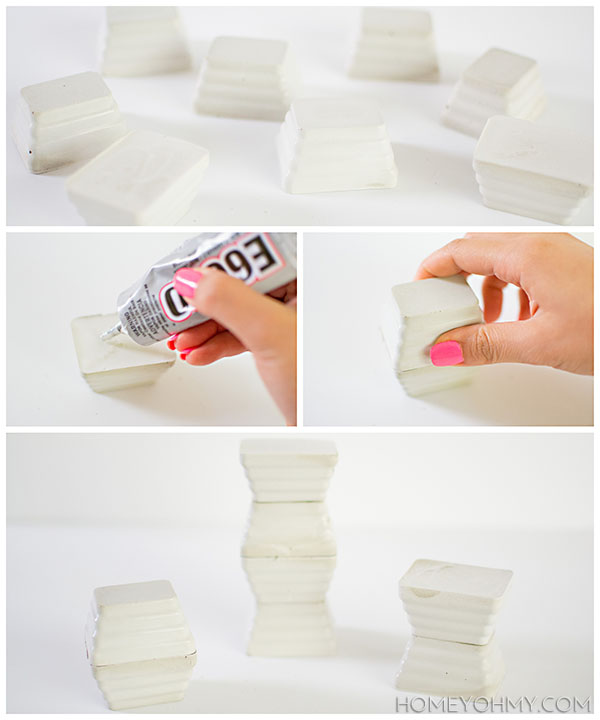 After the cement dried, I was left with these interesting looking cement pieces that I thought would look really cool pieced together in varying ways, so I glued some together with E6000. 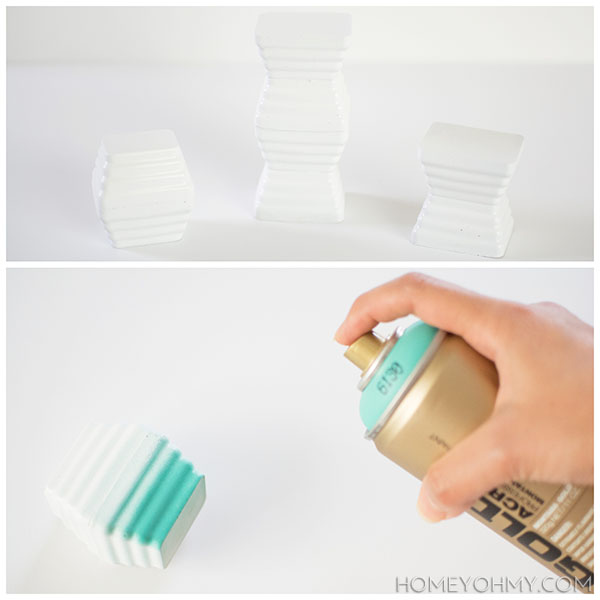 I spray painted them white in three light coats, then I lightly sprayed the bottom portions with a turquoise spray paint in this subtle, ombre style, which I learned from my friend Rachel at The Crafted Life.  I’ve always wanted to try this after being so inspired by how she’s done it with some of her projects, and I felt like it would look especially cool with the ridges and layers of the cement.  All I did was aim the spray mostly at the bottom layer of cement and let the overspray naturally create the ombre look.

Now I thought these were just going to be neat little decorative cement objets (dust collectors), but it hit me that I could turn them into candle holders (my fav) if I could find something aesthetically pleasing to hold the candles.  Home Depot came to the rescue. 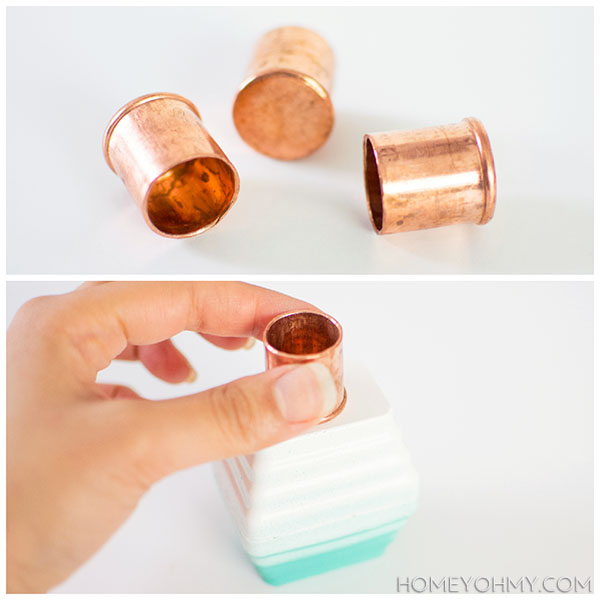 I came across these 3/4″ copper plugs and they PERFECTLY hold my tapered candlesticks.  It was like magic.  All I had to do was glue them on to the cement pieces with E6000. 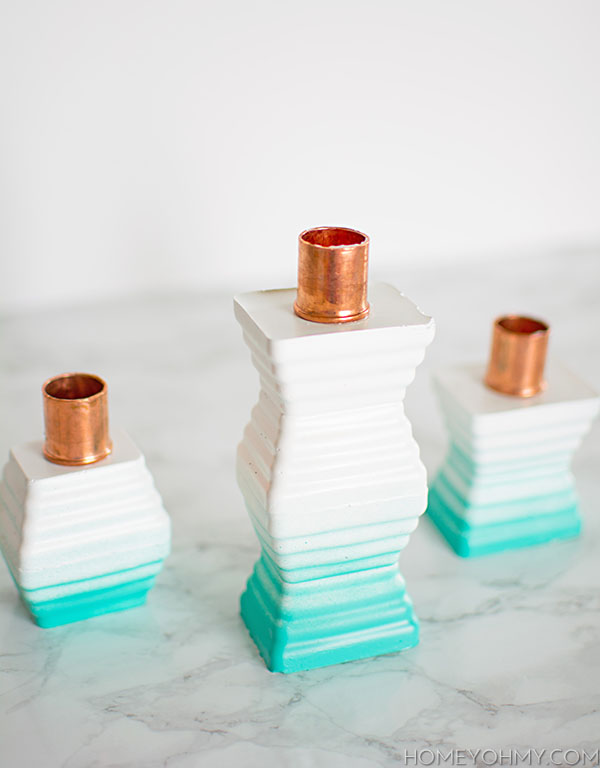 Look at that.  An idea for popsicles turned candle holders. 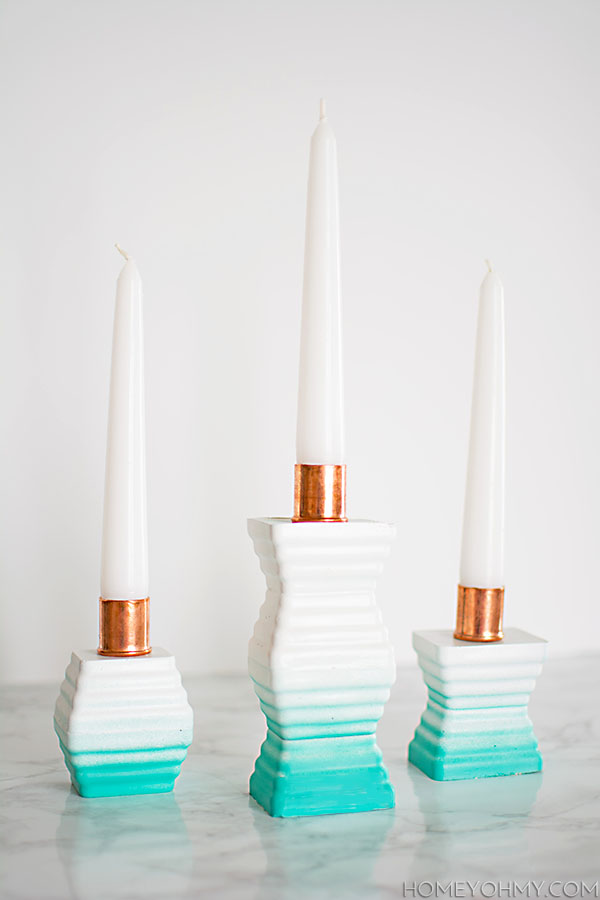 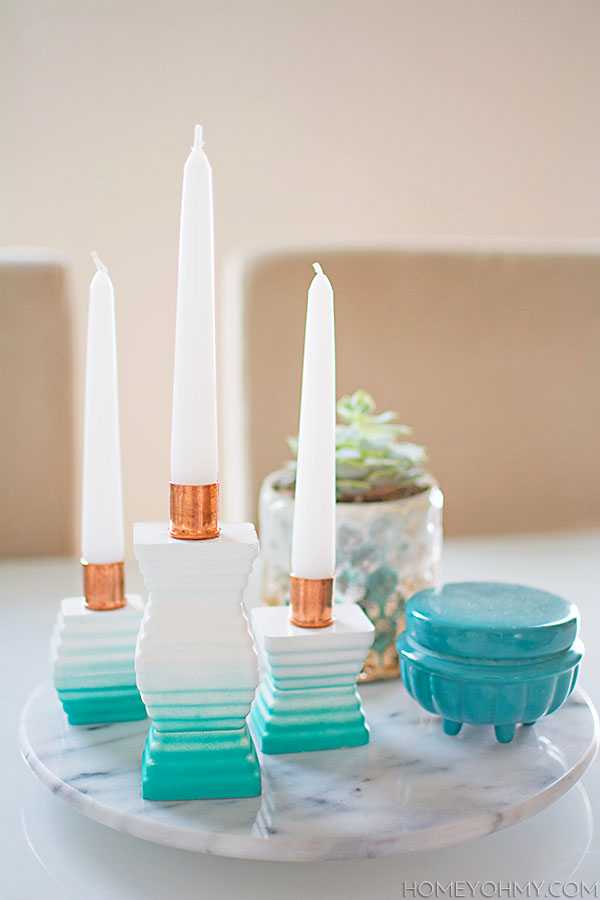 This story is one reason why it can be so difficult for me to plan out projects way in advance.  A good amount of them don’t work out, or if they do, they work themselves out over a long period of time.  Those situations tend to yield some interesting results though, like this one, and I embrace it all as part of the process, or madness :P.

Now that I’m seeing the potential in making candle holders, I won’t ever look at ice trays the same.  The shapes and possibilities are endless.  Maybe you won’t be able to find the same ice tray I used, but I’d be so interested in seeing how differently shaped trays could be used in this same way!