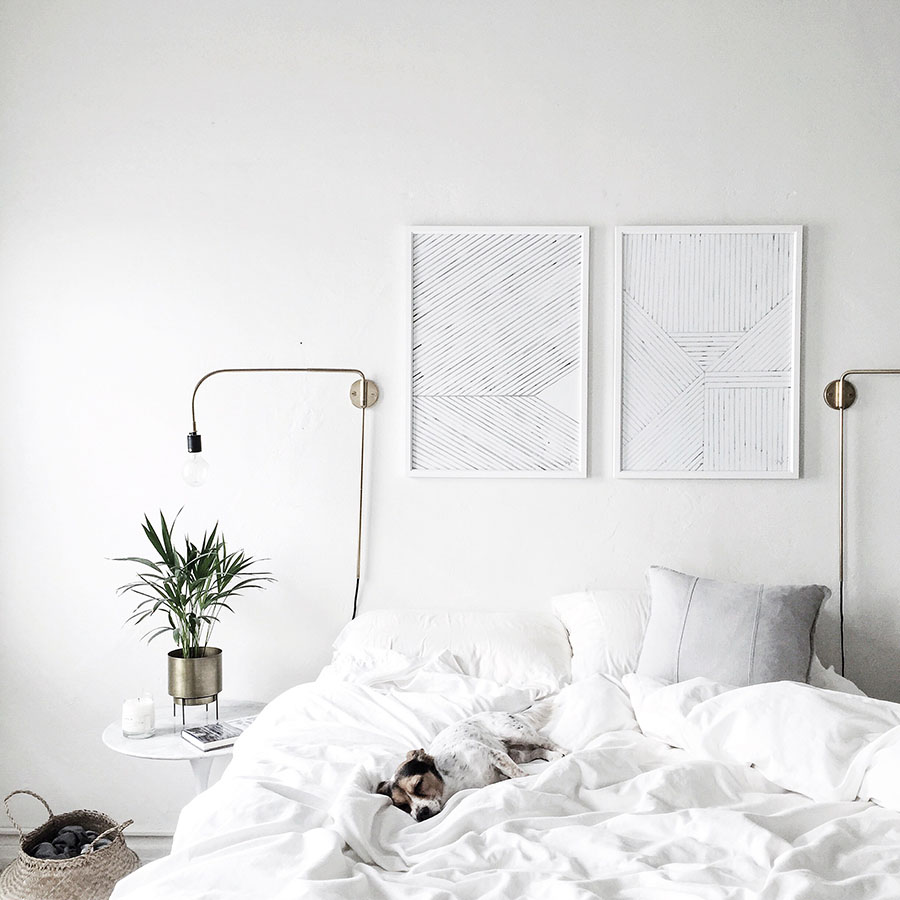 Oops, I missed doing November but I added in a couple of those highlights into this one for a post that feels pretty out of season but hey, I’m down for holiday memories whenever!  We had a super quiet holiday, ate a lot of Chinese food, and it was mostly us two doing a lot of dog-sitting, which was super chill and kind of a dream but also made me think about how I hope this was our last holiday season without kids.  I really missed seeing the babies in both our families and all the holiday wonders are really best seen through their eyes.  But I totally, certainly, very much appreciate being able to spend time just us two.  Plus dogs <3 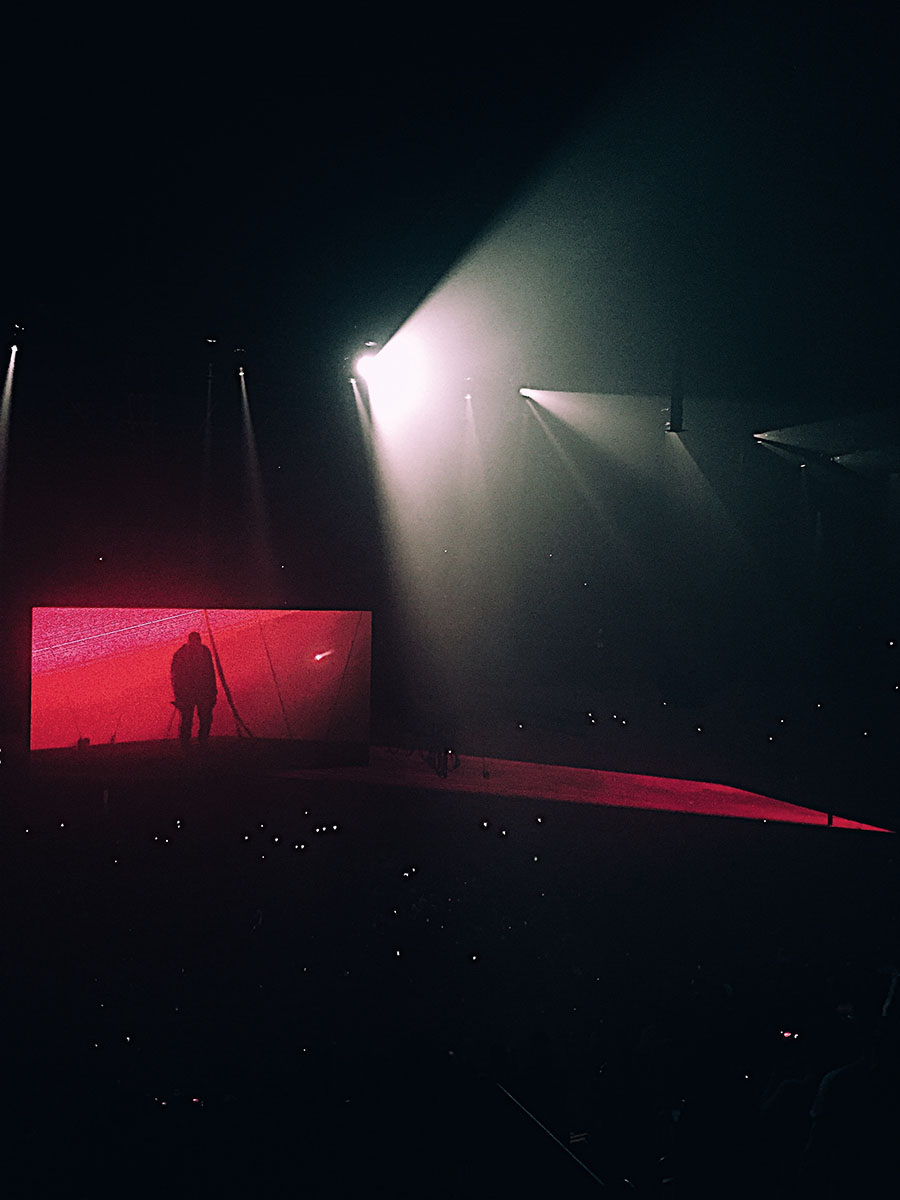 At the beginning of November, we saw Kanye West’s show at The Forum and it was really, very good.  The visual effects were stunning but beyond that, it was so nostalgic.  He played all the good stuff from the past 10 years and it felt a lot like I was going back through all the seasons of my life from the past decade.  I didn’t realize before that his music triggers a lot of great memories of mine. 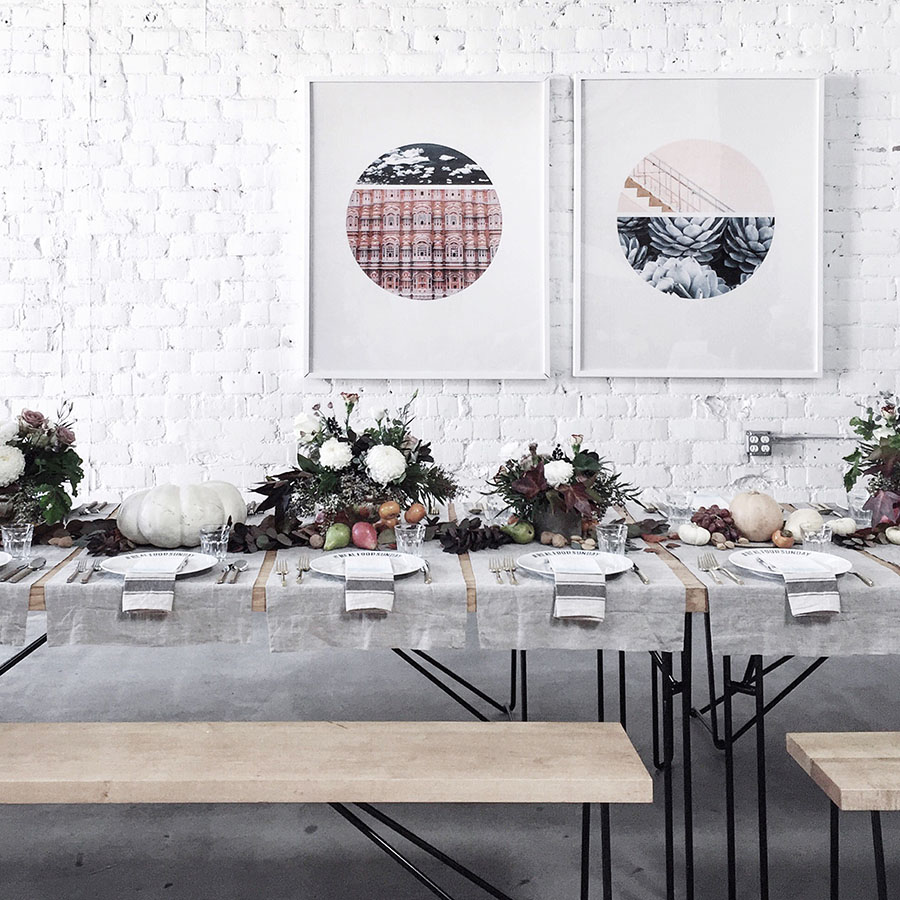 Two Friendsgivings, the one I hosted being the one I forgot to take photos at, dammit!  The first Friendsgiving was with Tillamook at Light Lab and I’m SO grateful for the time to catch up with bloggy friends as well as make some new ones.  Almost every event last year was here at Light Lab and it didn’t get old because it’s beautiful there.

At our Friendsgiving, we cooked our first turkey AND first gravy ever and it was a success!  It’s true though: it is ALL about the gravy.  We used the turkey/gravy recipe found here and will probably continue to do so forever. 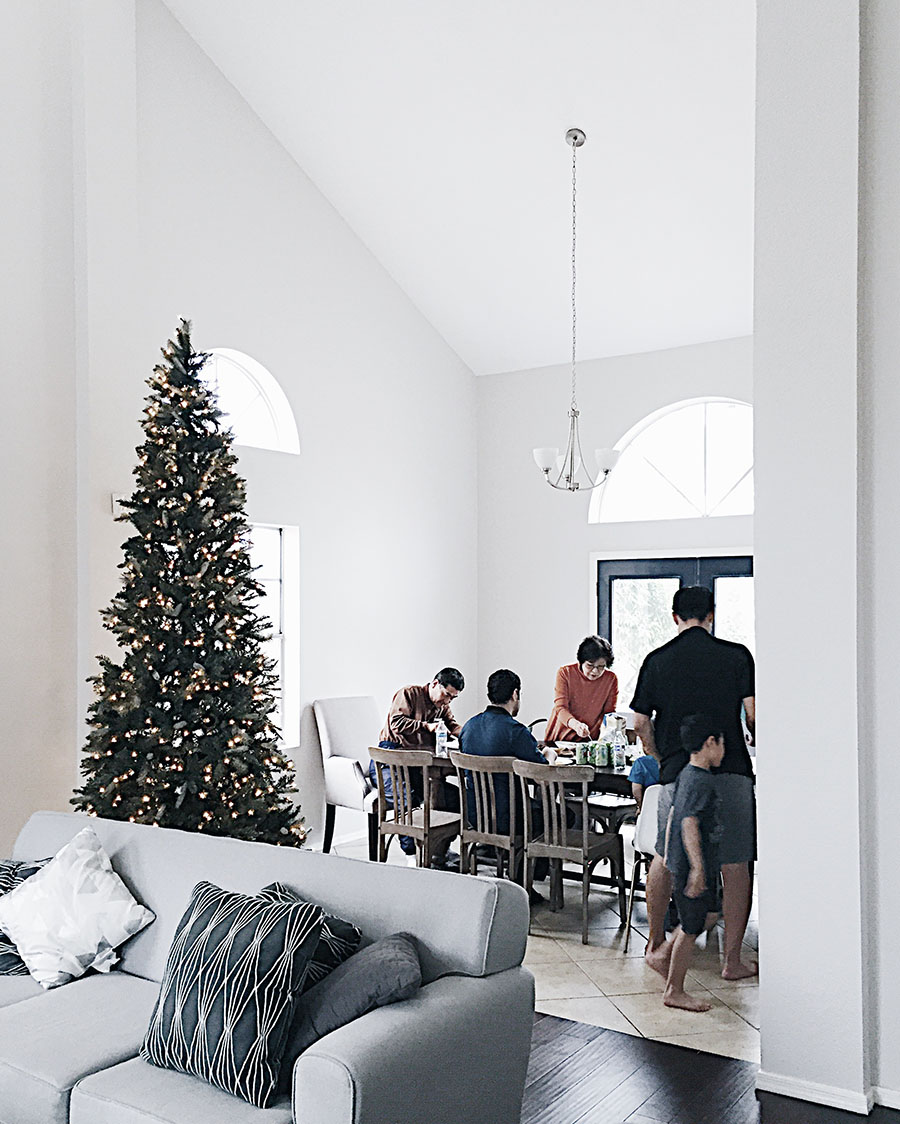 My brother hosted Thanksgiving and it was our first time visiting his beautiful home in Arizona.  It’s pretty rare for all of us to get together, especially with him previously living in Illinois, but with him being closer now it felt like a really significant family reunion.  Spending time with my three sweet nephews is also one of my greatest joys.  We mostly shot each other with Nerf guns the whole time.

THE BEST DOG IN THE WORLD 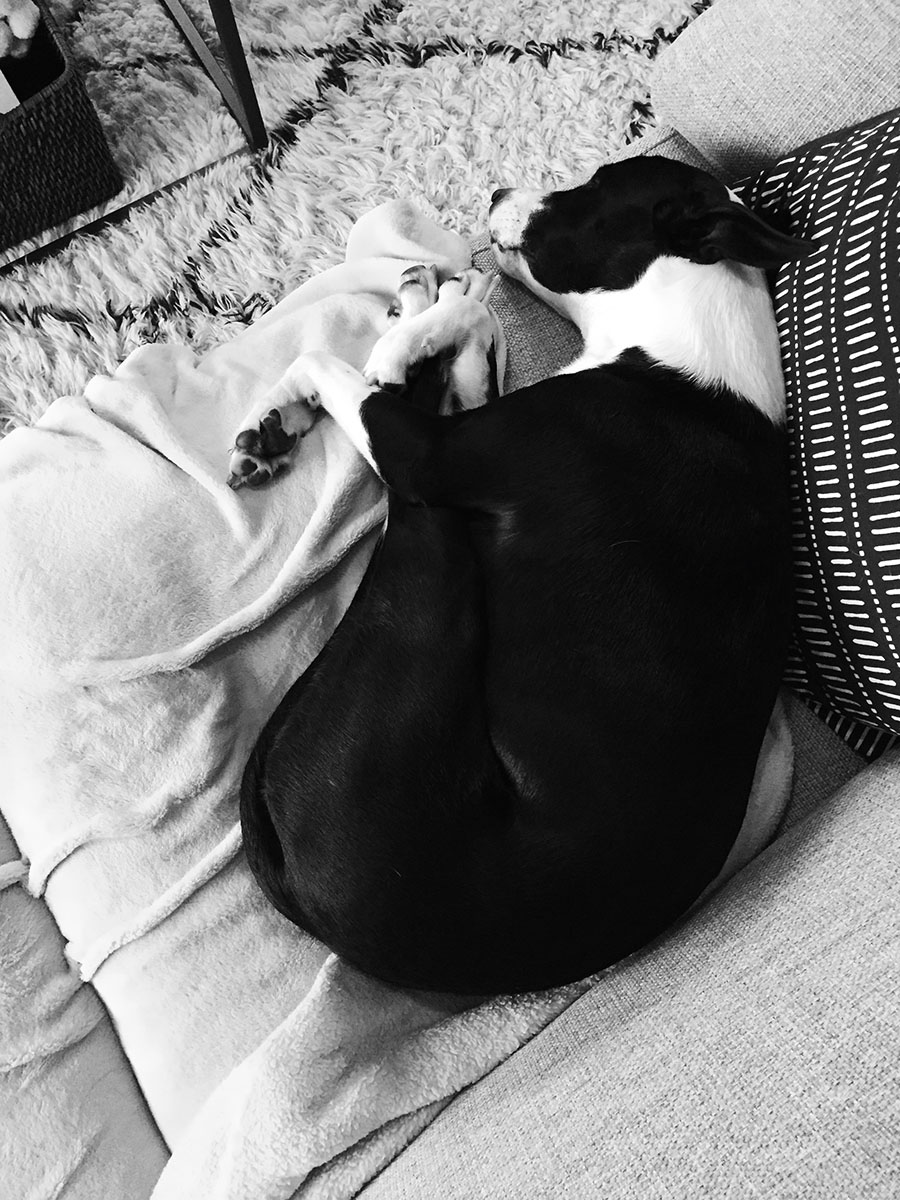 We took care of the best dog in the world for a week over Christmas.  Is it weird to gush about a dog that isn’t mine?  While so far she only comes over once a year when her owner travels home for the holidays,  it became clear very quickly that this dog is so so so so special.  I’ve never connected with an animal the way I have with Lulu.  Sweet, gentle, affectionate, funny, smart, CUDDLY, loves everyone, well-behaved, sleeps in weird positions, just the perfect dog.

In addition to wanting to shoot a virtual Christmas card, I wanted a memento of our time spent together because it’s totally not weird to take a family photo with someone else’s dog, and I learned that getting a dislikes-having-his-photo-taken guy and an animal to cooperate is tiring, perhaps training for when we have kids ;)  and more doggies ;) ;)  Some outtakes from our shoot: 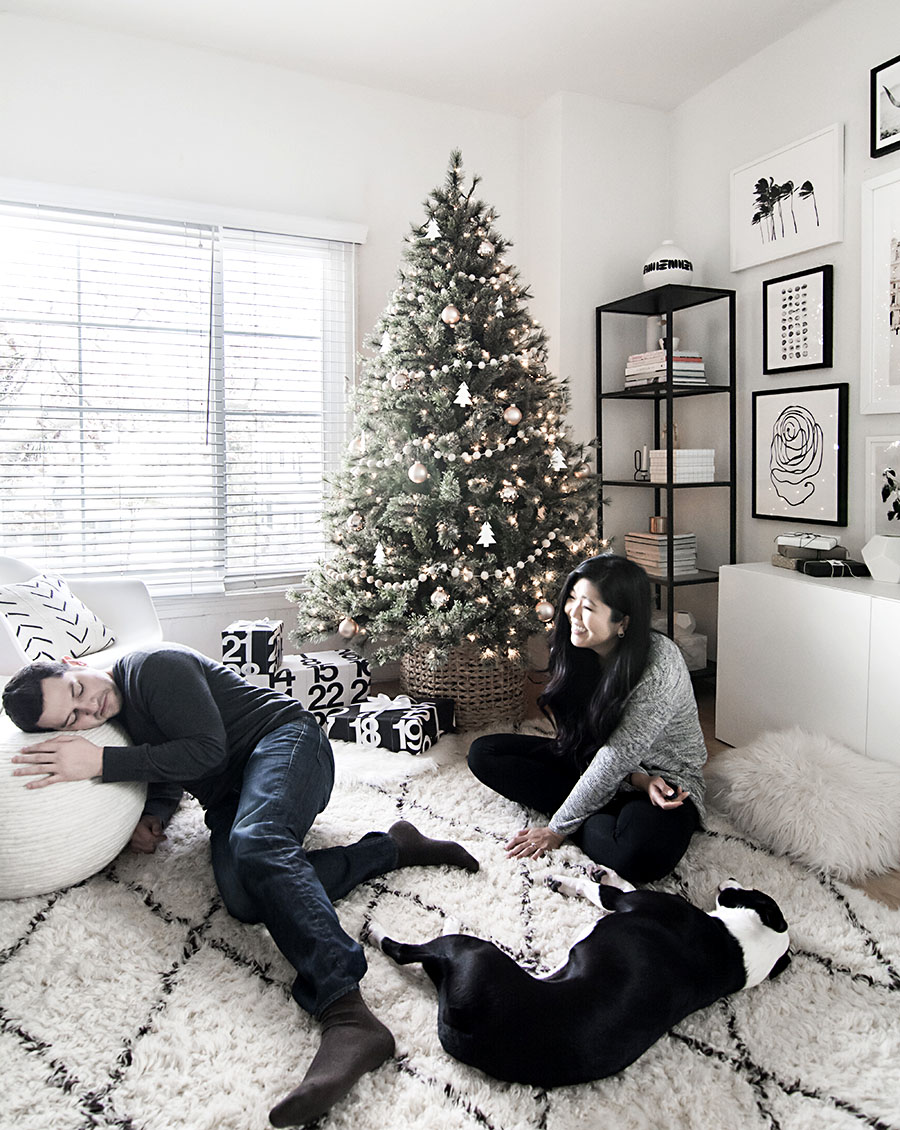 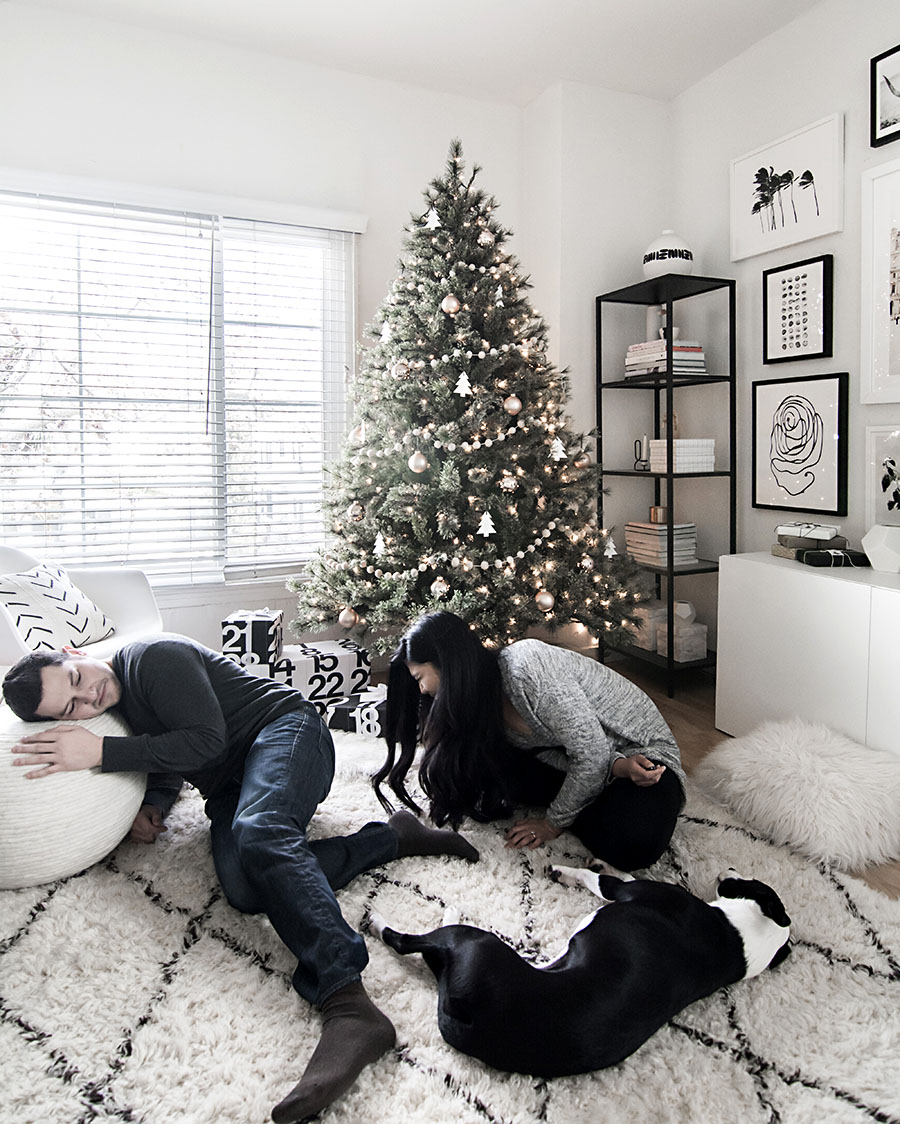 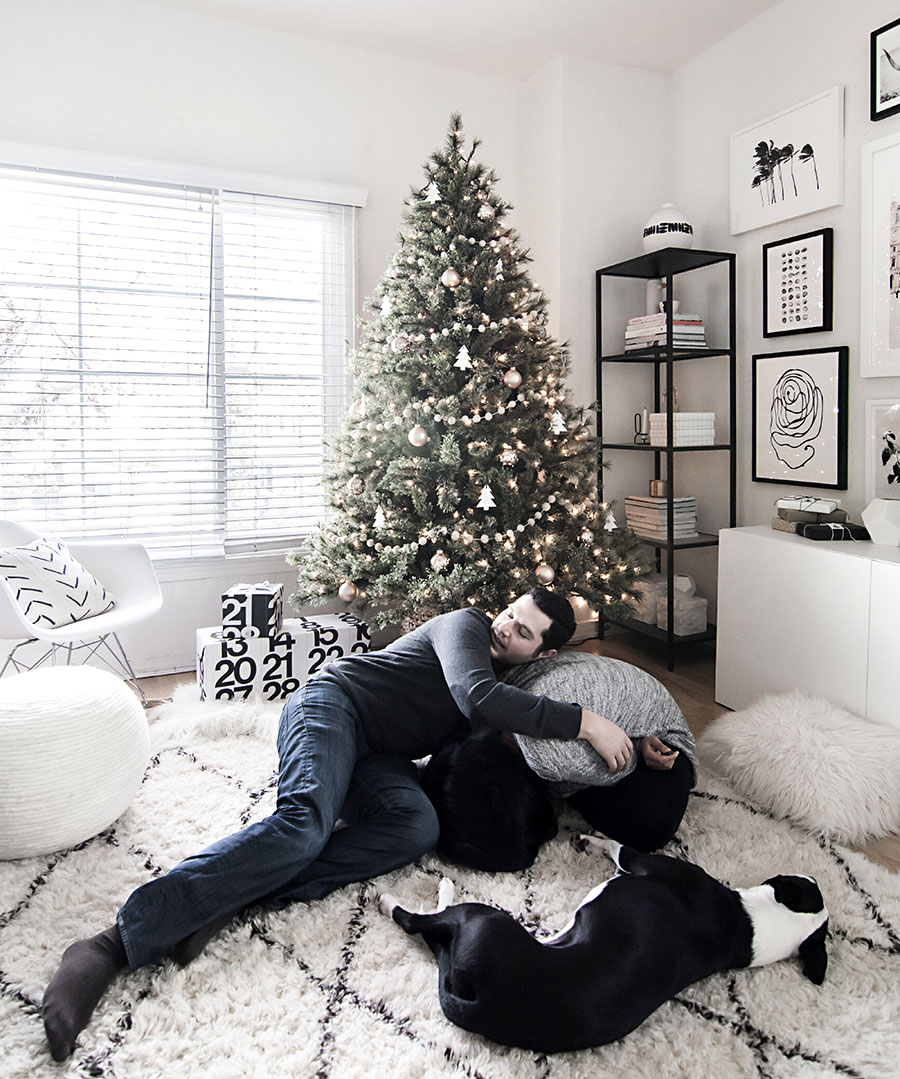 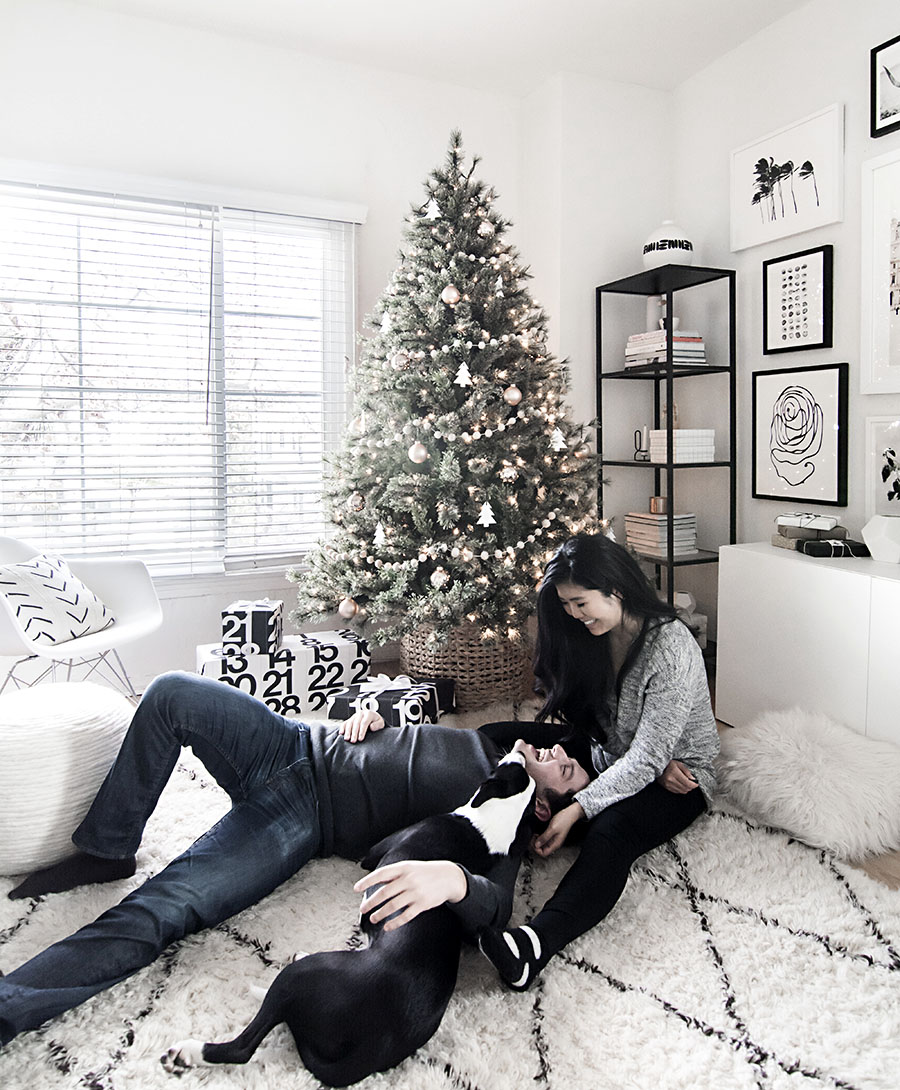 Went with this last one because it was the only one where he was genuinely smiling ha!  It was here when he reached the peak of his tantrum and asked me if we could stop.

This little guy comes over pretty regularly and I love him very much and don’t mean to imply he isn’t the best dog ever either!!  The day Lulu left, Clooney came and filled the hole in my heart.  We are major dog people yet don’t have one of our own, which is why we jump at any opportunity to dog-sit for a friend.  We love this guy for always being down to lounge and having the saddest looking face that it’s ridiculously cute.  I don’t believe he’s actually sad, though! 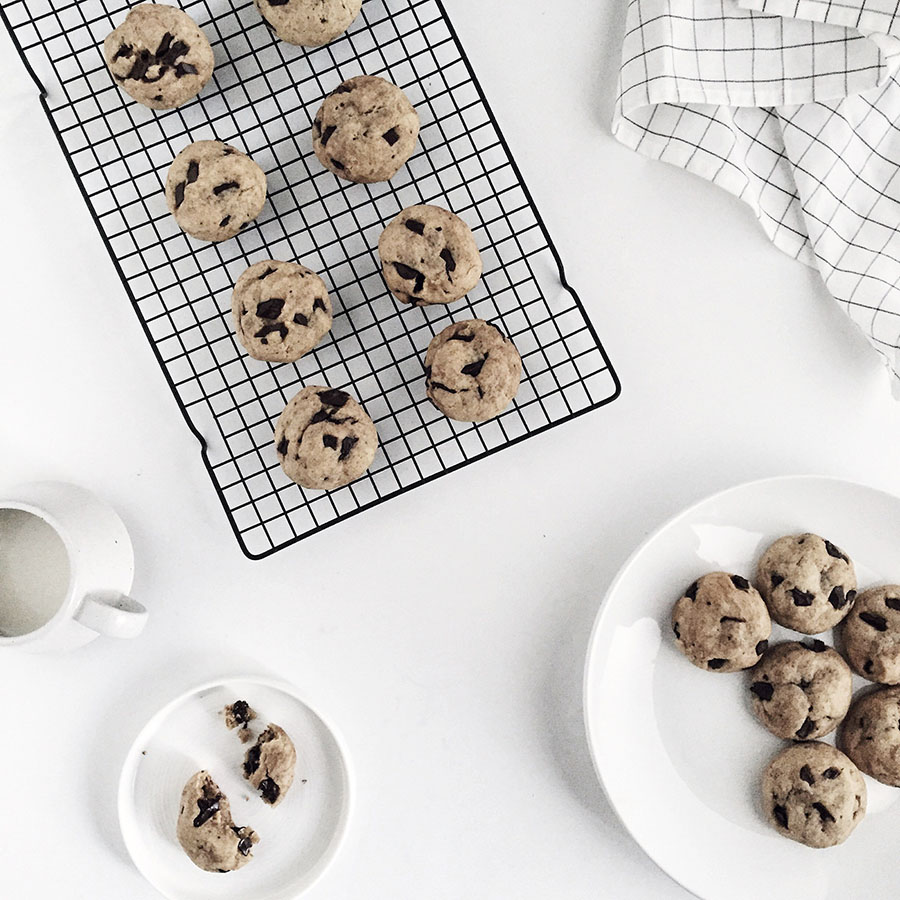 I baked in December more than I have in the last 15 years combined and it reminded me of how I used to be really into baking with my mom around the time I was in junior high.  Chocolate chip cookies, gluten free chocolate chip pumpkin bread, and chocolate chip banana bread (we like chocolate chips) were the players in our holiday baked goods binging.  The GF pumpkin bread was a box mix from Trader Joe’s that I intended for Friendsgiving but forgot about and yea, it was the best of the bunch and I’d say better than the non-GF mix.  Baked goods are practically a luxury for us since we never never ever keep them in the house, but holiday yolo couldn’t contain itself.