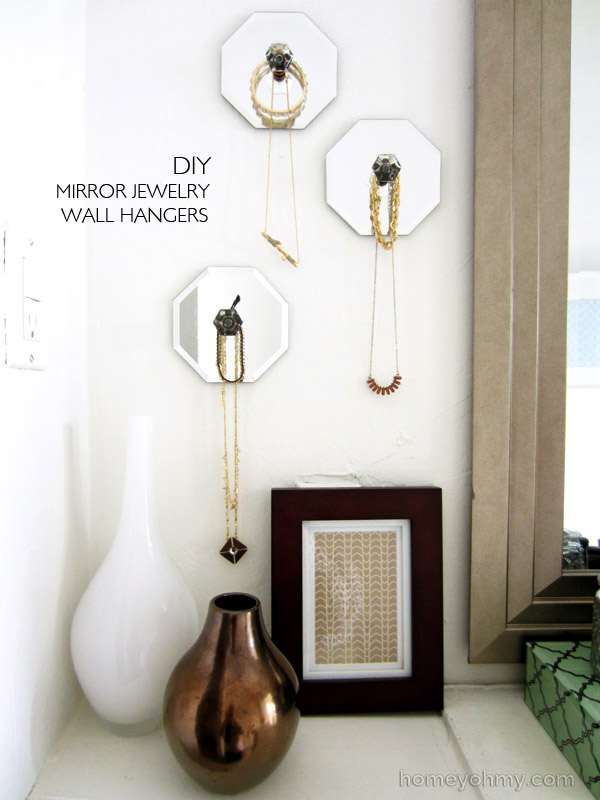 I was so excited to find these mirrors at the dollar store because hexagons are currently a huge trend in home decor.  Then I realized later they’re octagons.  Oops.  Still cool, though!

Originally I had only planned on arranging them on a wall, but after deciding that I wanted them to be near my vanity I thought I should make them functional and turn them into jewelry hangers.  It is SO. EASY. 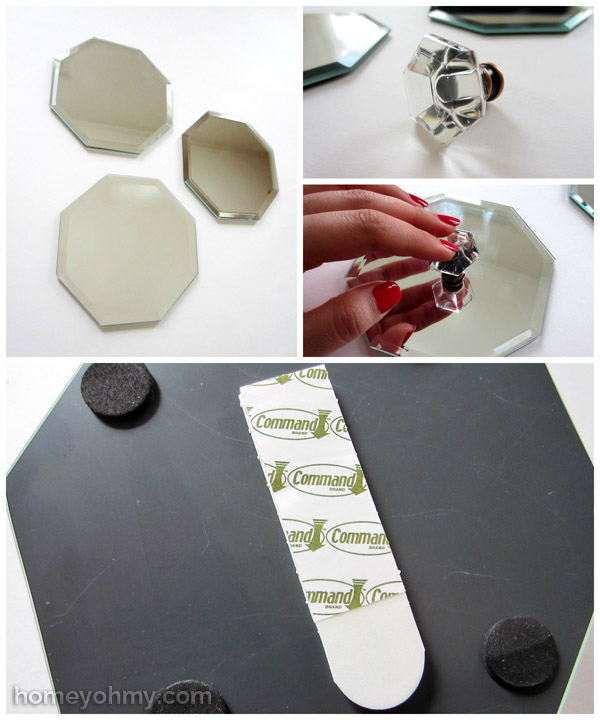 (affiliate link) and held them in place until the glue set a little bit.  I let them dry overnight before sticking on an adhesive hanger on the back.  Two would have been more stable and less wobbly after sticking on the wall, but one in the center sufficiently holds up each mirror. 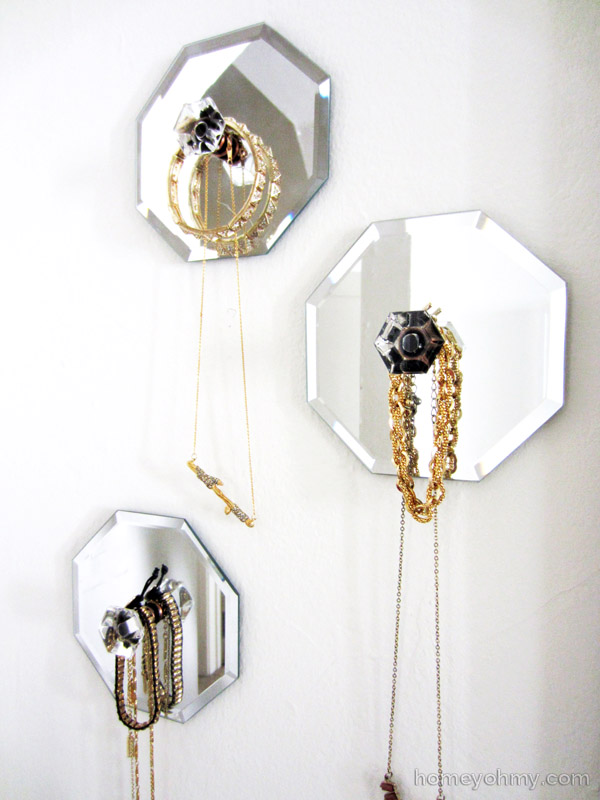 The knobs were love at first sight.  I was sold on the copper accents and the acrylic keeps consistent with the look of the mirrors, especially being similar in geometric shape. 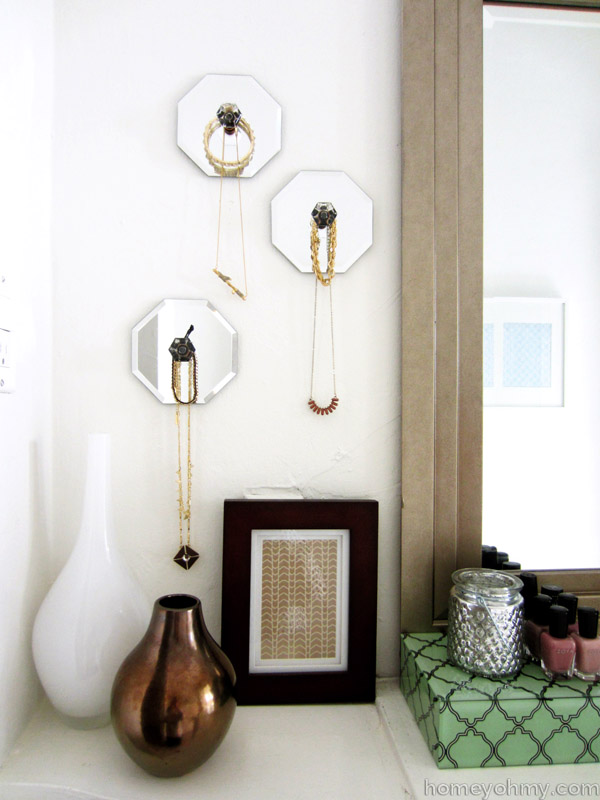 This “vanity” is actually a built-in dresser with an awkward ledge attached on the left.  The blank wall behind this ledge always bothered me, and my default plan was to put up some art but I much prefer decorating with mirrors!  Plus, I’m always looking for new ways to store my jewelry. You can check out another DIY centered around my jewelry obsession here.
Anyone else love decorating with mirrors?  My apartment is officially saturated and I’ll be cooling off from them (for now).